The Hephthalites were nomadic invaders similar to the Avars, who lived in Afghanistan, Turkmenistan, 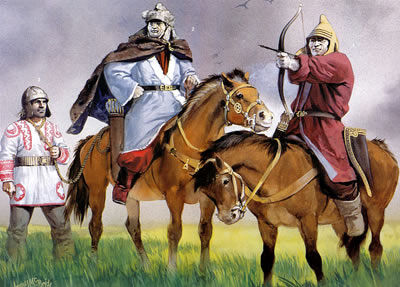 Uzbekistan, Kyrgzstan, Kazakhstan, Pakistan, and some parts of India and China.  The Hephthalites were called "White Huns" (they were known for having lighter skin than other steppe people) and were possibly descendants of the earlier, Huns.   The Hepthalites main religions were Buddhism and Hinduism.  The Hephthalites were also allied with the Sassanians (Persians).