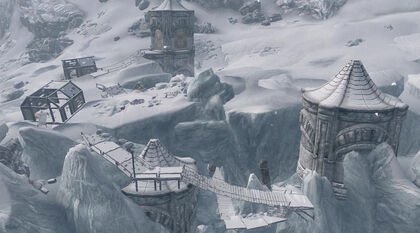 Maedel is the capital stronghold of the Naum Empire. It is a massive underground city built from the day the Naum arrived in northern Sweden in 1160 BC, to the present (555 AD, over 1000 years). It is located in the winter-cold mountains. The city is shrouded in legend and myth and is very prized by its citizens. It being underground makes it unique among any city ever built in Earth's history, and is proof of the Naum's skilled work. 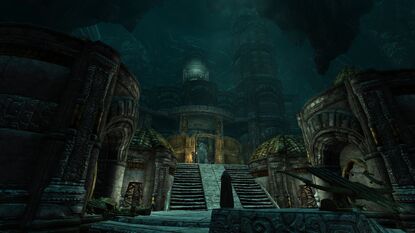 When the first Naum landed on the shore of northern modern-day Sweden around 800 BC, they were primitive as a norse culture. After years of feeding off of the Eskimos, and being bullied, the Naum rebelled, formed a small army and killed them off. The Naum swore themselves to advancing the world with science and technology, but also keeping their original Naum culture. They began building Maedel, named after the Chief who led the Naum across the Arctic in their first days and who ordered construction of the city. Maedel would be located underground, and kept locked. The Naum did this to prevent the Eskimos from taking them over again, and to keep their secrets protected. It had a bit of unique sense to it.

The city made excellent progress. The Naum became excellent stone workers, crafting and grading minerals from rock. They dug underground tunnels and worked from the ground down. They supported the ground using steel and stone. They laid the ground. The city started as about 100 feet deep, and had small mud and wood huts.

Around 700 BC, 100 years later, the city got a drastic revamp. Chief Morlek, leader at the time, ordered for the city to be expanded, to welcome the growth of the Naum population. So he had dug deeper down, about 600 feet. The city was now 700 feet deep underground. Staircases, statues, and multiple other structures were also built as well.

The city experienced great addition and reconstruction over the next 1,200 years. Many other cities popped up as part of the empire as well. Many more military defenses were set up.

Council Hall, where the Chief of the Naum resides
Add a photo to this gallery
Retrieved from "https://conquerors-rpg.fandom.com/wiki/Maedel?oldid=6587"
Community content is available under CC-BY-SA unless otherwise noted.