Conquerors RPG Wiki
Register
Don't have an account?
Sign In
Advertisement
in: Pages added by Tobi 7900, Role-Play, States,
and 2 more

Magnus (Latin; literally meaning Great) is a Byzantine city that resides in the western half of the Byzantine empire; and it is also the home of Chevalier Agostinho, the general of the army and leader of the city itself. Magnus is a large, well built city with many beautiful buildings and such; and it is also protected by a large wall.

Leader and General: Chevalier Agostinho, 32 years of age with a son and daughter. He has lots of experience leading his knights and troops onto the battlefield, and is ready for anything.

Sub-leader and lieutenant: Ace Benson, 29 years of age with one son. Has some experience but not an extraordinary amount, but is still considered a vital part in Chevalier's army. 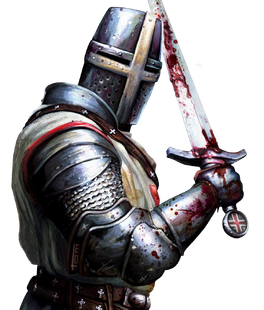 Chevalier Agostinho, the general and leader. 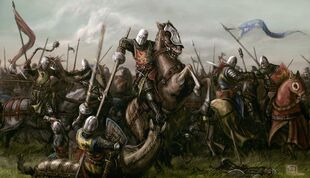