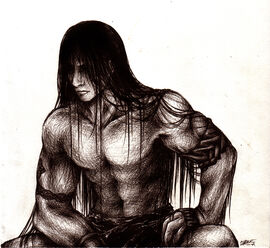 Sheamus is the main role-play character of Josh, he is a 24 year old Celt from the Celtic state known as Serpent. He leads the raid group of the Celtic army and has won prestigious honors for his bravery and leadership.

Sheamus is a serial killer who leaves no traces of himself or his involvement behind in each killing. Sheamus is not even his real name nor does he claim to know his true name or who he really is. He is implicit in killing most of his foster parents and in orchestrating at least two (later it becomes three) mass killings in which the idea of it all being a conspiracy coming from one person is just plain difficult for many people, including authorities, to believe. Sheamus is a mysterious young man, whom despite his looks and kind, soft spoken outer demeanor, is said to be a ruthless monster. He gives people little to no answers to explain who he is, what he does, or give any useful data, but what his presence does usually guarantee is a conspiracy to back hand, manipulate, deceive, psychologically torment, and betray each and every member of humanity (often vowing to do so in a way that leads to a rather complex chain reaction that could be comparable to a person setting off a Sheamus advising.

He puts little emphasis on the self and as a result is able to easily convince many that he is smart, selfless, compassionate, and trustworthy or whatever other image he wants people to see. He is efficient in garnering people's loyalty, trust, and sympathies, especially where it counts the most. He more often than not takes advantage of each person in various ways leading to all sources of happiness in that person's life being taken away, snuffed out, or sabotaged.

At the age of 5, Sheamus slaughtered both of his parents due to the abuse and pressure his father placed on him. Furthermore, he caught his mother having an affair and decided to kill the two of them during their coitus. He used to wander alone around his home village and scavenge off of the people who cared enough to help him thus leading to their ultimate death.

At the age of 18, he joined the Celtic army and enlisted in the raid group; slowly climbing up the ladder. He became their leader at the age of 20 due to the fact he orchestrated a mass murder of the current leader and all of his family and loved one (excluding the members of the Celtic army). By the act of vote, Sheamus was elected at the raid leader and has led them to many victories ever since then. After their fifth victory, he decided to name the raid group the Ashes of the Phoenix. Ever since their new name, the Phoenixes have never lost a single battle. 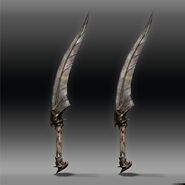 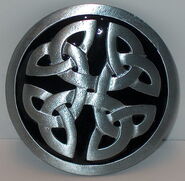 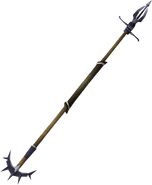 Serpant Spear
Add a photo to this gallery
Retrieved from "https://conquerors-rpg.fandom.com/wiki/Sheamus?oldid=4359"
Community content is available under CC-BY-SA unless otherwise noted.